Yeah, I know the image above is kinda fuzzy, but that is how feel right now. Fuzzy, indistinct.  A lens desperate to focus, but failing because it isn’t designed to shoot what it is trying to shoot.  Too micro, but I will try especially since I promised my web compere, Susan Watson, that I would.

My big philosophic goal this semester is to create a connected learning classroom. As far as I can discern from my own incomplete understanding of connected learning principles this means that “I” must move to “We”. I must give up my centralized, hub structure and move through a decentralized one and ultimately be one node in a distributed systems. Suffice to say, so far, I am at the abject failure portion of the narrative. I am almost as far from my goal as I can get. Of course, the system I am working within does not think that way at all. Here’s what I mean.

Take the syllabus…please . The syllabus is the classic, expert-based, top down hierarchical tool for making sure the map is laid out and that everyone gets on the bus to one destination. I am there although I am working on what Michelle Pacansky-Brock calls a liquid syllabus . They are probably anathema toward each other so there is that. I have rendered unto Caesar with my university syllabus. I hath covered my ass.

If I was to move more toward the distributed mode I would likely want to …well…I am not sure if there is an alternative to a syllabus that truly supports the distributed model that I think connected learning is. It would have to be something that encouraged disconnected nodes to begin to “fire and wire”. That would mean learner choice over projects, learners ‘wiring’ toward other, learners moving freely both inside and out of the institutional structures, learners taking the initial conditions of the course and emerging toward other nodes in the distribution grid.

I think this means that the syllabus needs to evolve from a control mechanism with system feedbacks and feed forwards (status quo syllabus) and toward a simulated ecology where there are a very few initial rules that are allowed to emerge as they will. The one area where I am doing this is the “Google 20%”-style project that I set up at the beginning of the semester. It is a call to “make”. And it can be anything so long as it has a culmination of some kind by semester’s end. It doesn’t have to be completed, it just has to manifest as some “thing”, some process, some showing.

Students hate it. At least at first they do until I model it with my own 20% version. This year mine is going to entail adoption of meditative practice and an ongoing ‘noticing” of what is happening in my life as a result—online journal, Scoop.it site, blog posts, audio, multimodal creations (PopcornMaker, Zeega). I will show them my barebones plan next Wednesday.

Other notable failures to move toward distributed, rhizomatic systems include the fact that  I am still the putative benevolent center of the learning hub. I make assignments that return to me. They are one group. I lead discussion. And many more failings that are a direct result of the structures we swim through, the initial, institutional contexts–registration systems, discipline requirements, email systems…you know, the full catastrophe that is university life. (See image below.) 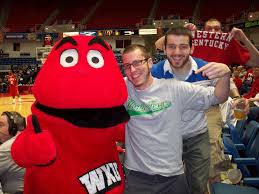 Interesting deviation from centralized norm, from my own fail mode? A game and a discussion. The basic premise of the my composition philosophy is the academic conversation. My central text is Cathy Birkenstein and Gerald Graff’s book, They Say/I Say. In our discussion I am moving to get students to stop looking at me when they are responding to what their classmates are saying. I want to just be the referee. I get to call penalties. In fact I should get a ref’s flag and a whistle. I did something very like that when I played the Name Game yesterday. 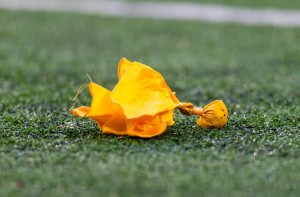 I play with icebreakers throughout the year especially ones that require the use of names. I mean it should be pretty obvious that one of the initial conditions needed for connection and community to emerge is that those involved should know each other’s names. If you don’t know the Name Game or its multiple variants, it is simple: you are responsible for knowing everyone’s names. The first person speaks her first name. The second person speaks the first one’s name and add his own. And so on and so forth. I act as referring and game master. If you just go around the room one at a time it is unfair to those who have to recite all the names at the end, so you switch it up. You interfere. You try to confuse. You put James next to Jamiel. You make them move randomly in the naming. You tell them to close their eyes. You have them compete, but you don’t say they can’t cheat. Mostly, I improvise as the game keeper. That worked.

Maybe there are more simple games I could play that wou 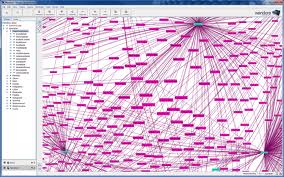 ld hinge on other important initial conditions. Maybe turn the choosing of research questions into a game. But, again, I am thinking in terms of what I can do. I need to switch to node mode. How can I be part of an equitable community or move toward that distributed network? Awareness is my struggle right now. I will continue to hail my failings. Perhaps I will learn from my fellow node-lings.

Previous Post: First Day in the Connection Jukebox
Next Post: Jane Bozarth Models How to Be a Curator/Teacher/Connector Par Excellente