To help bridge this gap between school and industry, last spring Facebook teamed up with Jay Borenstein, a computer science professor at Stanford, to launch Open Academy. Open Academy is a program designed to provide a practical, applied software engineering experience as part of a university student’s CS education. The program works closely with key faculty members at top CS universities to launch a course that matches students with active open source projects and mentors and allows them to receive academic credit for their contributions to the open source code base 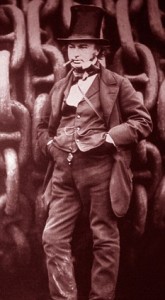 I don’t know whether this is a very specific partnership that only works with CS and open source mentorships, but I am a bit worried that what we are seeing is the ‘farm team’-ization of the university where ‘real life’ in general and the corporations specifically are mining the universities for the best and screw the rest. On the other hand I can see where being immersed in open source projects under the stewardship of someone who is connected is well worth doing.

Here are the 2014 university partners with Facebook and some of the open source projects they will be working on in the winter and spring. 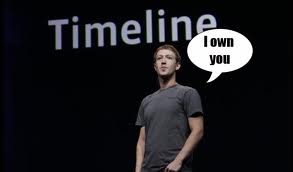 There are larger issues at work here that relate to the boosterist careerism rampant in universities these days.  I mean, really, with that much debt, you better have a way to shovel out from underneath or you are doomed to official membership in the underclass.  But, as usual, our farmer-in-chief, Wendell Berry has some choice words for this emerging Facebook/University X ecosystem.

If the proper work of the university is only to equip people to fulfill private ambitions, then how do we justify public support? If it is only to prepare citizens to fulfill public responsibilities, then how do we justify the teaching of arts and sciences? The common denominator has to be larger than either career preparation or preparation for citizenship. Underlying the idea of a university—the bringing together, the combining into one, of all the disciplines—is the idea that good work and good citizenship are the inevitable by-products of the making of a good—that is, a fully developed—human being. This, as I understand it, is the definition of the name university.

The question remains.  Does this Facebook partnership have as its partnership the making of a humane being?  I doubt it.  I think it has as its direct, if not sole purpose, the making of money for Facebook and all hail Zuckerberg in the process.

To summarize Berry in his moneychangers-in-the-temple mode, the university model has become that of creating Visigoths 4.0, the next iteration of open source as defined by the quarterly bottom line and not the 1000 year one that is the institutional imperative of the university. It doesn’t have to be this way.