Daniel Bassill is one cool mapmaking daddio.  Here is his latest outlining all the groups he has touched in July.  The sheer breadth of this breathtaking.  Remember this is groups, not individuals. 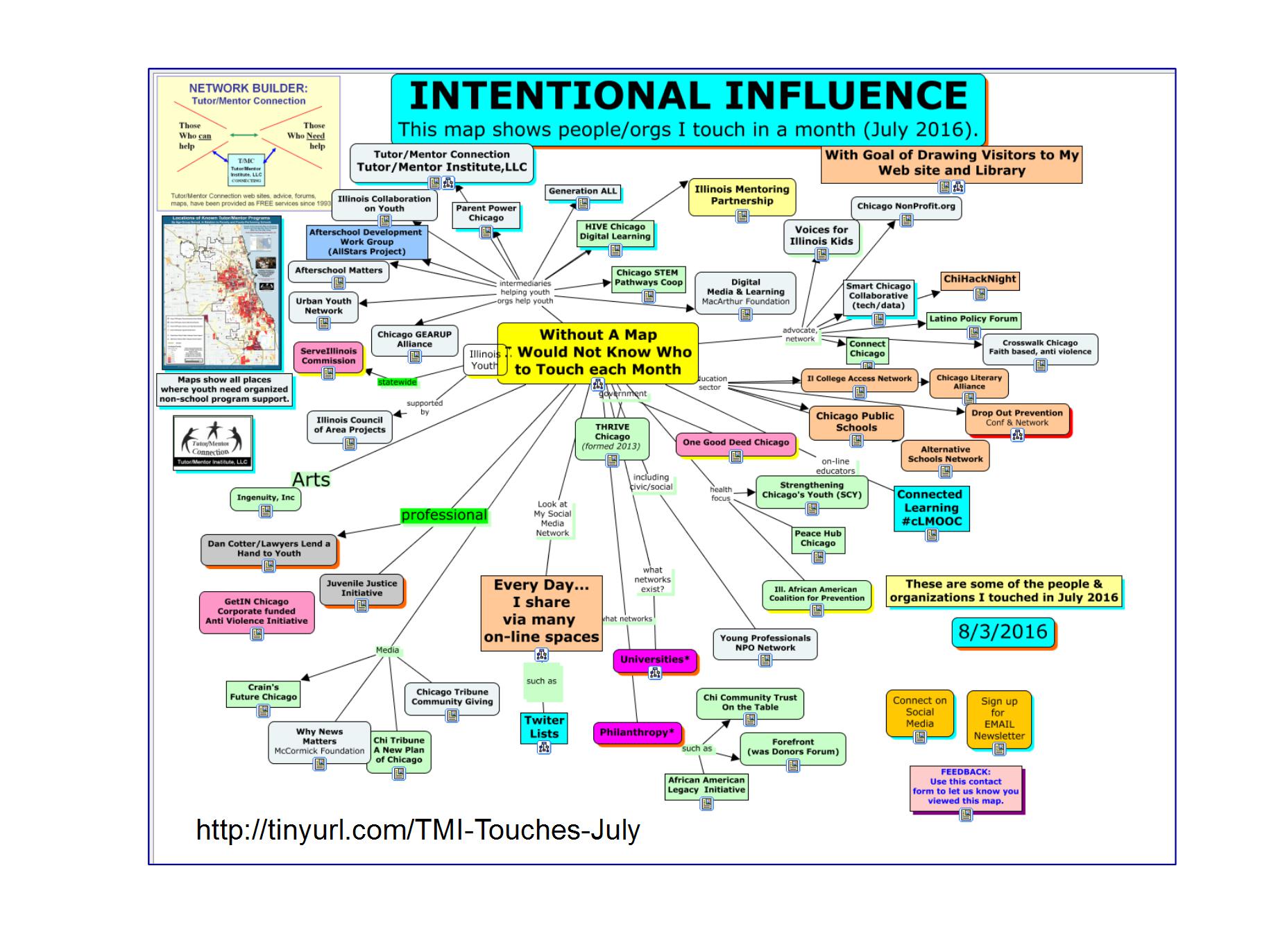 I considered this as a whole, then I tried to break it into parts, a close reading of the map.  I found it difficult.  It occurred to me that I might simplify the territory a bit by reading each node then removing it to the side.  That worked.  Slowly I cut each node from the map and got a feel from it this way that I wasn’t getting from just looking.  It was very meditative to appreciate Daniel’s touches this way.  In the end I changed the canvas for the image to purple. That didn’t quite say what I wanted to say so I switched to black.  That was it. I wanted to capture the absence of his touch, the negative space of his touch. 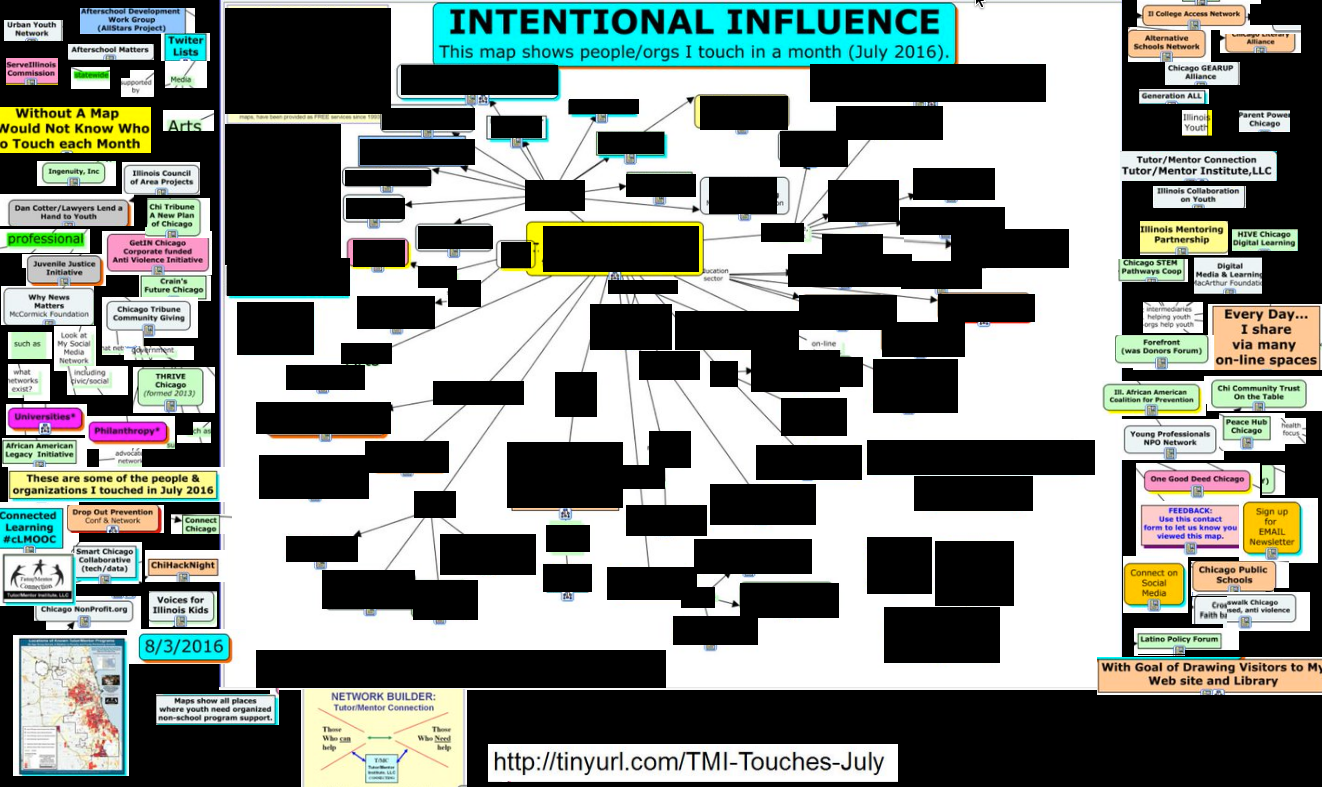 While few of us may have greater reach than Daniel, the rest of us online are connected much the same way. We cast a very similar negative connective space that  is proof of John Donne’s oft quoted sermon,

No man is an island entire of itself; every man is a piece of the continent, a part of the main; if a clod be washed away by the sea, Europe is the less, as well as if a promontory were, as well as any manner of thy friends or of thine own were; any man’s death diminishes me, because I am involved in mankind. And therefore never send to know for whom the bell tolls; it tolls for thee.

Of course, I would not recognize or wish to live in such a blacked out world.  That ol’ mortality awaits us all. I am just so glad that Daniel touches and fills all those spaces …and more.  I especially like the “and more” part of that sentence.

Aside:  there are always naysayers.