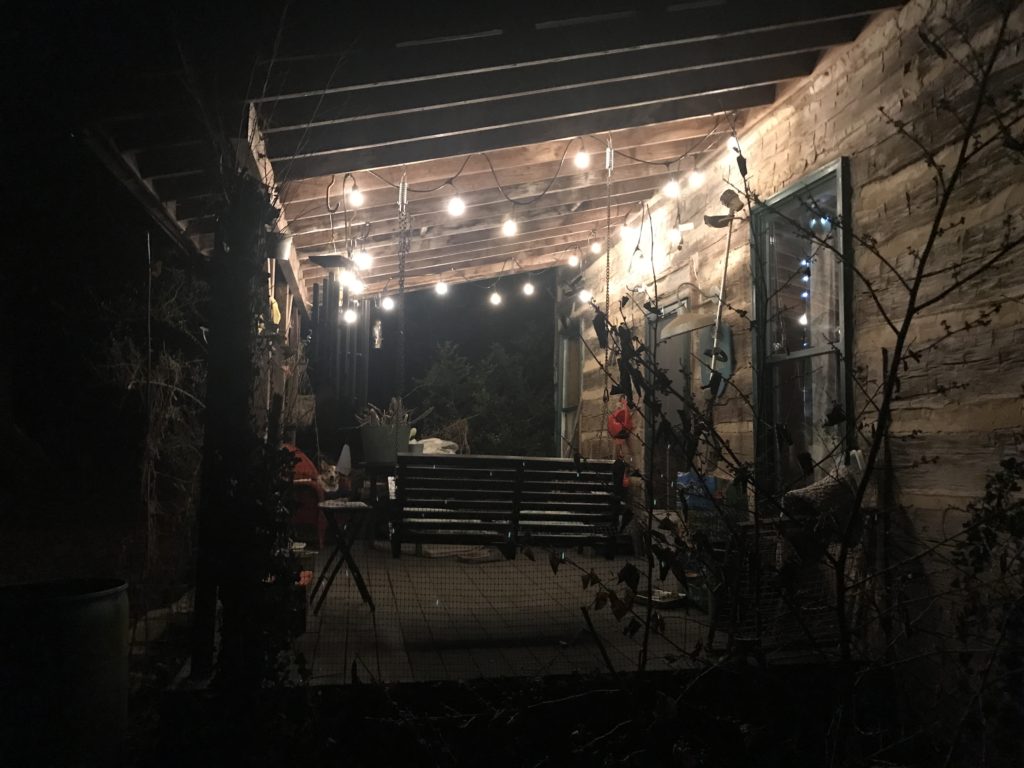 I am fascinated by metaphorical thinking. It is ubiquitous. My friend, Kevin Hodgson recently took a poem I had written for my birthday and magicked it into soundtrack.  His “translation” is a purposeful exercise in how to make metaphor. Oddly, it is an exact parallel of what I did when I wrote the poem. I borrowed the framework of a poem by James Wright, “Lying in a Hammock at William Duffy’s Farm in Pine Island, Minnesota”.

If you read Wright’s poem and then read mine you can see how I have ‘play-giarized’ it. I have ‘stolen’ its format. I have ‘abstractified’ his poem and ‘re-concretized’ it with my own experience.  We are both translators. We are the embodiment of what metaphor originally meant–to carry over. I carried over James Wright into my own life and Kevin carried over my life into his own and now I get to carry that echo back over with the comment I made at his website (as well as the post I am working on). This is supremely close reading. It is reciprocation. It is honoring each others humanity and by doing so honoring all that is good and worthy in ourselves AND humanity. I recommend the process. I cherish the products. Thanks, Kevin.  For you and anyone else who wants to play, below, I am unwinding what I did.

I titled this post “The Mad-libification of James Wright.”  I have done it before.  I find that it is the best way I know to close read a poet while creating something new.  It is a messy process.

Here is my reading of the poem, aloud:

Having gotten acquainted with the poem, I ‘madlibified’ it. Here is a scan of how I did that by hand. Forgive the illegible scrawl, but I will make it clearer as we go. 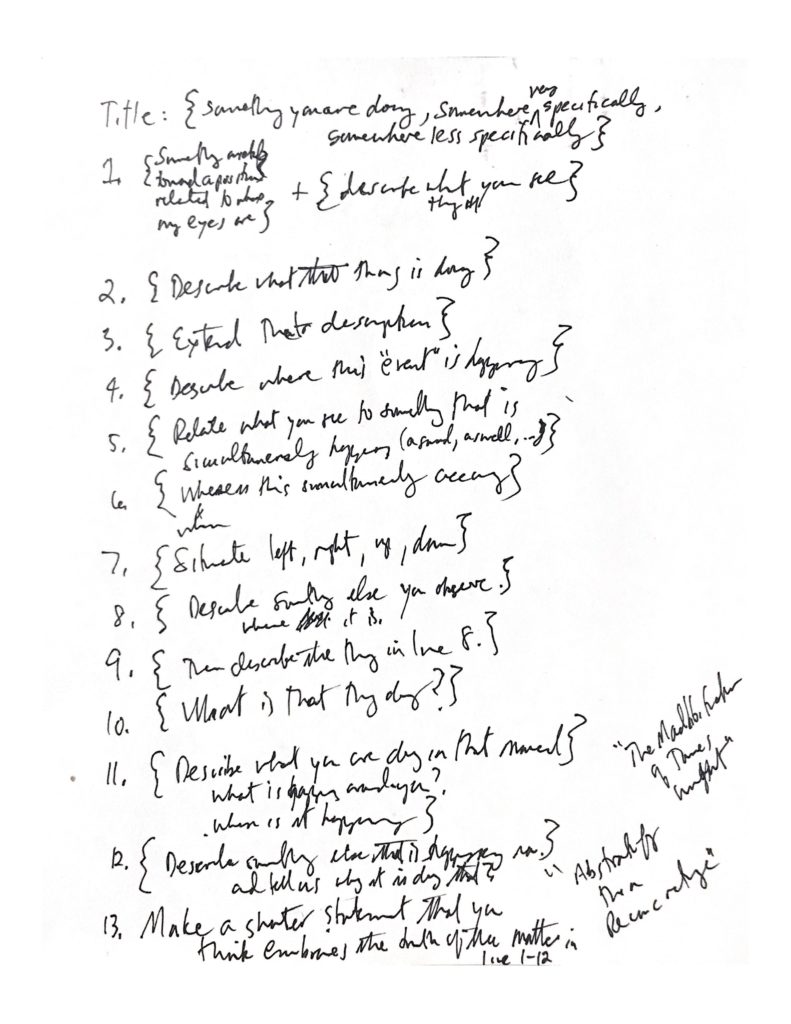 I have ‘translated’ the title and each line of text into my own code. I took a 10,000 foot stance over the poem and just asked myself this question: what is going on in each line on a literal level.

For example, line one is:

Over my head, I see the bronze butterfly,

That translates into this rule:

I apply this rule in my poem:

Facing east on the porch swing,

I see the shadowy silver maples of winter

Rinse, repeat, evolve, play-gerize. And the emphasis is on play. Make rules, break rules, be a fool’s of fool  about rules. Here is my foolish poem:

I am of the reader-response theory of writing. Once a poem is released into wild, it is fair game–within the bounds of kindness and care.  Kevin saw my poem and with good heart play-gerized it. When you have this kind of attitude and that attitude is reciprocated, then permission is tacit and granted always.  I assume this same attitude from James Wright, begging forgiveness not permission.

You will note the tiny felted red slippers icons in the embed. Those are comments I made to Kevin’s grand response. This long term call and response has been looming its way, warp and weft, for years. I wonder why folks don’t use the annotation capabilities of Soundcloud more often. I love it.

Kevin also pulled the curtain aside and showed a screenshot of how he associated various tracks with my poem’s words. Thanks is too shallow a word, but…thanks.

I consider myself blessed by all this ‘to and fro’. It really does have the feel of threading up a loom, filling the shuttle and sliding it through, then the ‘whump’ of the heddle. Again and again. The cloth rolling out the end.

So you see why I call this ‘madlibification’? It is a fairly sophisticated template taken from the original poem. Instead of blank words or phrases, the whole poem is turned into a blank slate with meta instructions. You fill in the blanks from your own life. I think of it as close reading and a way of seeing and of practicing seeing at a very deliberate pace. I have always thought of poetry as a way for the poet to enter into your spirit with their spirit. Quite actually, when you read a poem aloud you are respiriting the poem with your respiration.

Or try it like Kevin. Or try it any way you please with whichever text you wish. I have been thinking about play-gerizing the Wendell Berry poem. You too?

Previous Post: Sitting on a Porch Swing at a Hills and Hollars Farm on Rocky Hill Road, near Bonnieville, Kentucky at 7:02 Central Time on My 65th Birthday
Next Post: Backcasting? Presencing? Reverse Engineering a Vision of the Future