One thing I noticed on the first days is this. Most of the stuff I did had me as the hub in the network and almost nothing had the students as distributed nodes. I am thinking more in terms of becoming by semester’s end the Anti-Hub City and more Distributed Node City.

I am trying to reveal the invisible (or unaware) chords of the spider’s net of presence and connection in the classroom. Today I used the thank you note, the idea of networking,  and Twitter and  G+ communities.

The future of the connected classroom is already here; it is just not awarely distributed.

Is the continuum of the adjacent possible of connection in the classroom potential enough to allow what the affordance of the distributed network? Hah, take that Deleuze and Guattari. Translated: is the structure of the Uni classroom (f2f, hybrid, online) stretchable enough to do the connected learning dance? I suppose one might argue that ds106 is singular proof of that, especially the headless ds106.

Feedforward–what would I expect that emergent behavior to look like? Helping each other with google 20% project, participating in unexpected ways on the networks provided, and, in general,  expecting to be surprised, collaborate on projects, on presentations, on required stuff. Break the rules. Maybe cross over into other subjects and work with others at arms length.

In a way, the connected classroom is hypothetical, i.e. a total crapshoot. If I apply connected learning principles, then I will get…what? Connected learners, more humane people, better projects. What exactly do I want other than to be surprised–in a happy way. Epiphanic as all “get out” is my dream emergence. 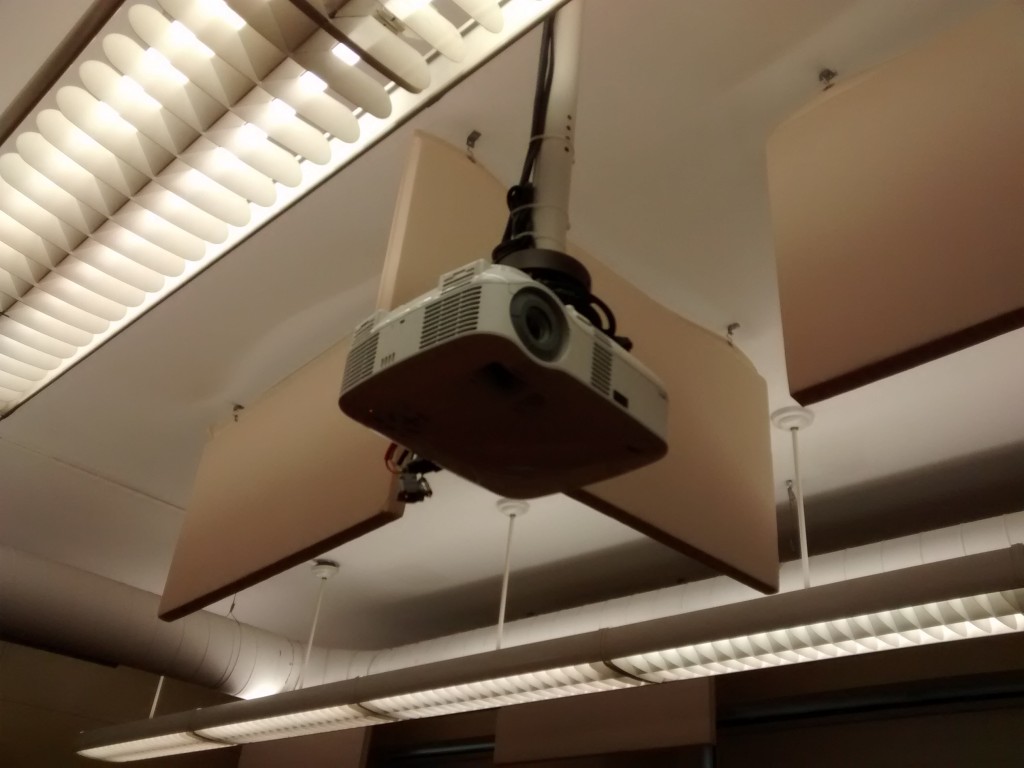 The story of the projector or the tale of hidden connections. Projector. Symbol of the infrastructure of the University classroom. Enables and affords. Bad projector, have to turn off lights, cue Sandman. Good projector. No lights out. Better shared experience. My projector was weak and crippled. It was not properly enlightened. I had students thank the folks who fixed it. I had asked the infrastructure powers that be to fix it, didn’t expect it to be fixed. They did. Thanks all around. Gratitude abounds. Or does it. I am sort of obsessed with laying bare the connectedness of the “already there”. Infrastructure is part of that connectedness. Invisible. It and those who support it are part of the grand, human web of connection for good or ill. Mostly good locally not so sure globally.  Doubtless doing more with the invisible connections.

Point? We are already connected. We are already practicing connected learning. I asked for help. You might imagine that you are throwing that request out into the universe like winging a dying sparkler in the night. You are really casting into a net. Sometimes it is so small it slips through, usually not. This is why I loved hearing about the twenty minute rule in the pre-course Hangout Tuesday: if you can’t figure it out in 20 minutes, get connectin’. I am trying to get my learners to do same. Long story short. I had my students sign a group thank you note. Corny, but as my mother-in-law said, ‘bread and butter’. All the better to spread the wealth, I took that gratitude to those who deserved it. 54 signatures, evidence that someone done good for you. And so those bundles of habit (as William James called them) are begun. I hope these initial conditions in the connected classroom will lead to a climate of constant happy surprise and growing entanglement, preferably visible and not quantum.

Planning to do? Keep revealing connections. Keep playing connecting games in the classroom. Keep advocating for play and choice and equity and all the overt and discovered principles and values of connected learning. Keep showing ways to connect both locally and globally. Keep observing what is going on. Oh, yes, and more cowbell. 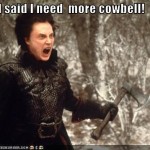