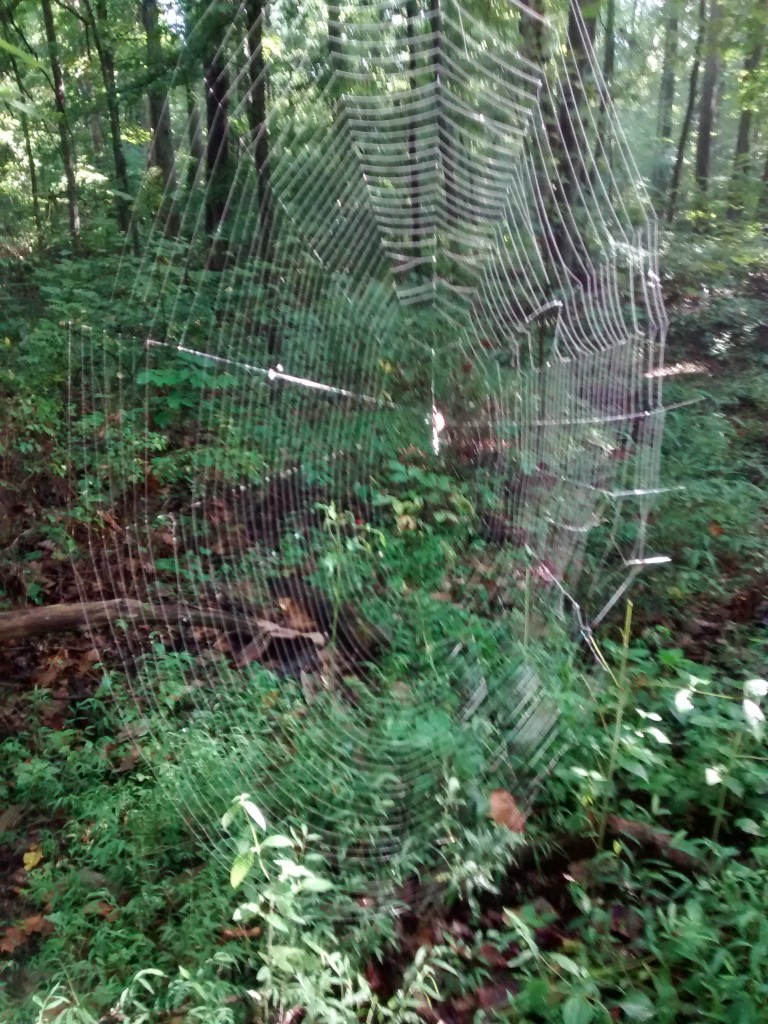 I know for certain that I would not have thought these thoughts without Susan’s promptings. You can give her the credit for any good that results and me the blame for the any of the nonsense. Fair enough here is my response to her comments to this blog post. Perhaps you could read that first? Or not.

Susan: Terry, damn you, you always fire my neurons to the point that I have too many things to try to communicate. This is a good thing. But you know that.

Terry: Always hoping for a good signal to noise ratio. Often failing and forcing my reader to generate the signal through the noise as best they can.

S: First question is why you used the word ‘narcissism’? I didn’t feel narcissism in this piece!

T: Writing is inherently narcissistic (seems like too many s’s there). Reflection is part of the original Echo and Narcissus story. Reflection cuts both ways. Sometimes you get that endless rabbit hole recursion and you don’t even realize it. So the narcissism reference is a big fat “Caveat Emptor” that is the proper assumption for every type of writing, but especially blog posts.

S: Second, thank you for sharing your immediate failures and reflections. 🙂 Failure and reflection are (at least to me) the keys to substantive progress. Now, trying to explain that to a.) freshman and b.) old-school in-a-rut teachers are, to me, parallel problems. There are teachers at my school who do no reflection and have no interest in risk-taking. One teacher’s PDP goal last year (at least in its first iteration) was (and I kid you not) – “Chapter Two.”

T: Yes, I love the realpolitik in this. I know that you know that we know that the world is way more complex than either of us can effectively map out so we use narrative and metaphor and image and song to do the best we can. And making. Always with the making. Deeply empathetic with your milieu. All I can say is that there are different connecting strokes for different folks and that sometimes the key is not obvious and often counterfactual and even accidental. Keep watching. Maybe it all boils down to shared Precious Moments (you know, the ones I mean) 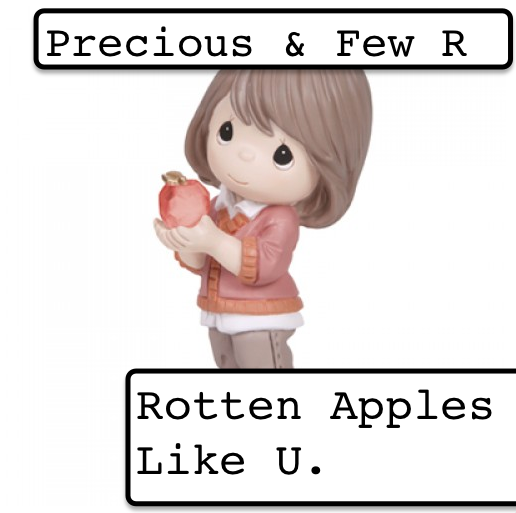 Susan: Which brings me to the liquid syllabus – how do you conceptualize this to students? Because I need to conceptualize it to teachers and this is the first and biggest roadblock for some. What if you are trying to connect with people who aren’t curious, motivated learners? What if they just want to sign off on a sheet that they “completed the professional development module”? These aren’t people who will explore a viral concept in a syllabus. We have begun to evolve our staff into a learning community, but still have some who literally don’t care if they learn anything new.

Terry: I suppose you need to think of those liquid robots in The Terminator movies. Endlessly Protean. That’s what we have to be as teachers. And that is a dodge of your question so now I need to re-focus.

Part of me wants to lay the task onto someone else. For example the idea of a shadow syllabus that Tanya Huber lays out here. Living her syllabus is something you can do on your side of that unbalanced equation we call the classroom and what she calls “that strange box with chairs in it.”

Part of me wants to ‘operationalize’ the truths in this marvelous RSA Animate video by Manuel Lima. Instead you can join the discussion down this Vialogue prairie dog den.

The liquid syllabus is making the network come to life in any way possible. I want to conceptualize it as a wiki that is barebones. Yes, I have assignments in my liquid syllabus, but I also have a wide range of agency inside that assignment. If that isn’t liquid enough, then I have a Google 20% project that is a wide open channel. I suppose the point is that for a liquid to do its work it has to be contained somehow. In the end the more you can get the learner to make their own cup and fill it with the artesian well of their own soul, the more apt the syllabus becomes. I know that sucks as a conceptualization, but that is about as far as I am right now. Field reports to follow.

S: I love the fact that you are trying the google 20% idea. I actually think this would work better with my kids than my teachers. I think modeling your own 20% and meditative practice is genius. I guess I am trying to create Connected Learning in two modes – one for staff PD and one for students. Too many things in my head right now, and not enough people ready to jump in. And as you said, I will also be the “putative benevolent center of the learning hub” by default. I’m the one excited by it, needing to figure out how to light that volcanic flame in others. I keep thinking that in its initial phases of implementation, it really will be about engagement and taking a very strong leadership role in order to create buy-in, which hopefully can eventually become more distributed as the fire [hopefully] spreads. I just feel such a huge responsibility to make that happen. (So it seems my comment is far more self-centered than your post.)

T: I suppose the point is to start somewhere. That is the philosophy I have adopted from the Japanese industrial model–kaizen. In kaizen, there are three types of improvement: innovation (new ideas/processes/projects/organization), change (new elements in existing ideas/process/projects/organization), and imitation (already existing blahdiblahdiblah). Perhaps as you try to implement change with your teachers you need to provide a very simple process to execute. Then you will want to have that process be integrated into existing processes. Finally, you will want that to lead to personal and perhaps idiosyncratic innnovation. Most kaizen practitioners don’t include innovation as part of kaizen. They leave that to the technocrats, but I think that teachers need to be technocrats, aka edupunks.

Practically speaking, this might mean playing the Name Game straight from the book. Then it might mean adapting it for other purposes. Finally, it might become a memory system for learners or…who knows. Idiosyncrasy, iconoclasm, quirkiness? Whatever you want to call it, that final stage sometimes involves a profound cussedness. It must be who you are, whatever that is, and only you know who you are. Teaching is more than semi-tough, isn’t it? It is volcanic flame, putative benevolence, perhaps even intentional confusion and a bit of aikido thrown in for good measure.

S: Your Name Game is such a simple but powerful reminder that we are connecting to REAL PEOPLE. You have driven that home to me with your human compassion and willingness to connect on a human and friendship level.

T: Reciprocation and recursion backatcha. I think you speak the deepest truth here. To succeed we only need access the best humanity we are at any given moment. As if….that adverb ‘only’ is damned slippery. We are imperfectly moving toward that best humanity, two steps forward, half a step back, fall down, get back up, and so on and so forth oobiedoobiedoo. That’s why I call this weblog “Impedagogy”. Sometimes it means impolite pedagogy, sometimes imperfect, sometimes impertinent or impolitic or imperceptible or even impossible. Situational imp, that’s me. Progress ain’t always progressive.

Susan: I have added no edification to your post but I share your willingness to fail loudly.

Terry: With all due respect (and respect is due), I disagree. I stand edified, inspired and in awe of your capacity to connect. Over distance and circumstance and written language there is every opportunity to muck up, but you have not. You have made me make a greater effort. Hell, I would not have written what I have here without your prompting. Plus, that model is one that I can carry with me and that will carry me to do better as a connector and encourager and questioner. That is a gift both rare and useful. Our new t-shirt motto: Fail Loudly and Carry a Big Stick.

And now for something completely different, yet apt I think.

I Hate the Ten Best Apps Ever

when I see
when I look on thee
your thousand apps
to help me…
do what?
To channel my soul
through dry sand…
for whom?
To
why?
Take your myriad app.
They make me mad.
Instead give me queries
And real anger
and connection.
More apt.
Less app.

Previous Post: Jane Bozarth Models How to Be a Curator/Teacher/Connector Par Excellente
Next Post: How To Rewire Your Brain For Greater Happiness